The latest installment of Terminal: LIVE took place at the University of Waterloo on Saturday January 26th, officially kicking off the 2019 season.

Terminal is an online game where players code strategies (i.e. algorithms) to automate head-to-head play in a tower defense-style game. Success in Terminal is a great predictor of software engineering and problem solving proficiency. Employers use Terminal to engage and identify the world's best engineering and data talent. 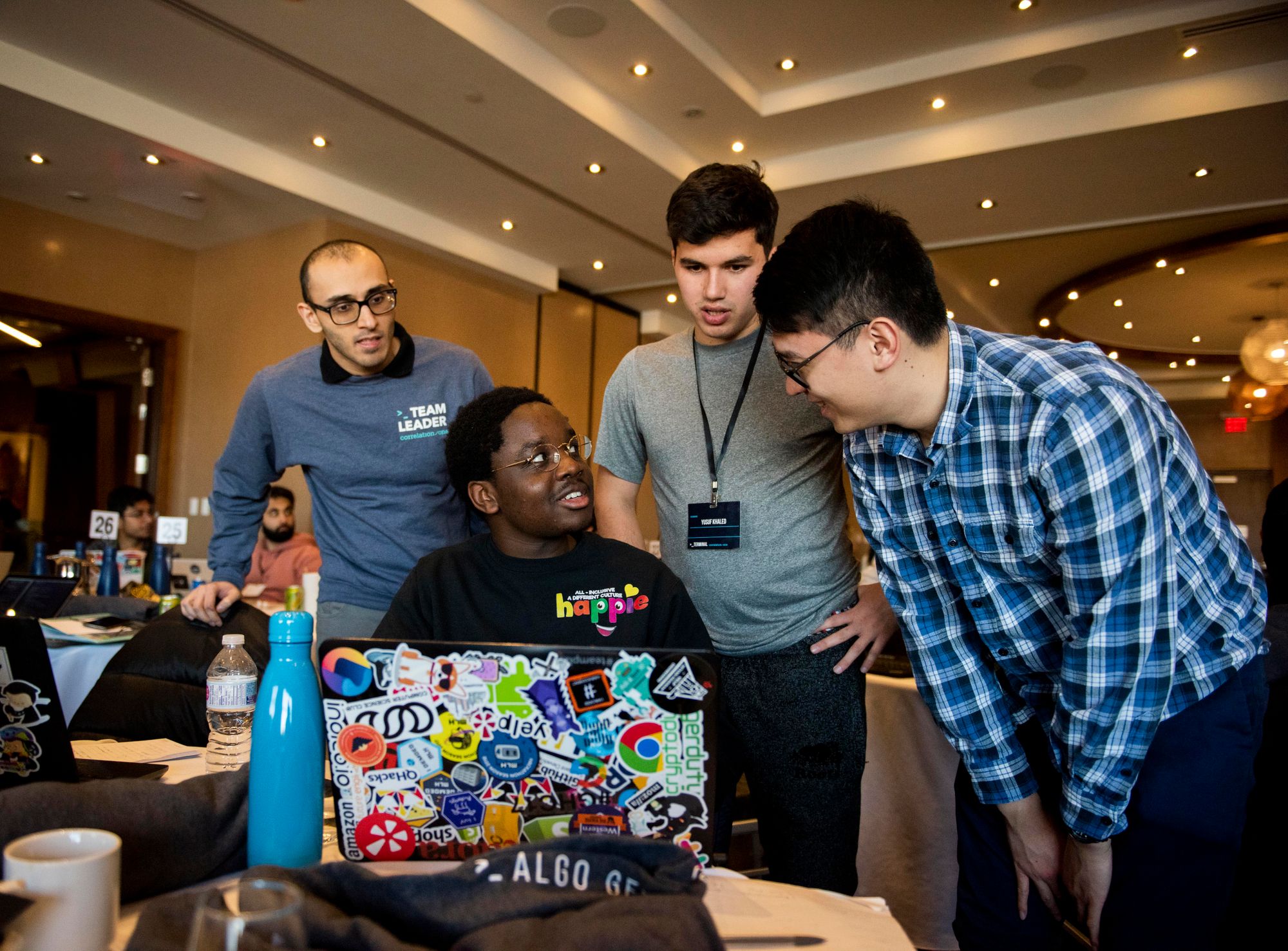 Terminal: LIVE at Waterloo was sponsored by Citadel, one of the largest, most sophisticated hedge funds in the world. Over 500 computer science students from the University of Waterloo applied to participate in the day long competition. From there, the top 75 competed for their share of $25k in cash prizes, while also connecting one-on-one with Citadel Recruiters and members of Citadel's Software Engineering team.

The collection of Waterloo applicants was the most impressive group of young talent we've seen to-date. We received submissions from students whose experience included roles at Google, Microsoft, and Apple; as well as achievements like qualifying for the ACM-ICPC World Finals, Gold Medals at the International Olympiad in Informatics, and other top finishes at numerous global hackathons.

After brief introductions, 75 competitors split into 30 teams to start programming. Over the 4+ hours of high-intensity programming, students conceptualized and coded their algorithms. In addition to coding algorithms that would go on to compete in the head-to-head tournament, teams were required to submit a Problem Solving Report, outlining their thought process and problem solving approach for strategy development. Prizes were awarded to the teams with the best reports documenting their critical thinking methodology.

After participants submitted their final algorithms, Correlation One reviewed and graded the Problem Solving Reports. Meanwhile, in the background, submitted algorithms were battling against one another to determine the Top 8.

Following the end of the coding period, competitors connected with members of Citadel's recruiting and engineering teams to learn more about job opportunities at the firm. Citadel and Correlation One have been partnering on events since 2017, previously focusing exclusively on Datathons at some of the world's most prestigious universities such as Harvard and Oxford. This was the first time the fund partnered with Correlation One on a Terminal: LIVE event. After lots of networking where students got the chance to learn more about and discuss opportunities at Citadel, it was time for the Top 8 Algorithms to go head-to-head in a single elimination tournament.

Once quarterfinals and semifinals were complete, the final two teams standing were Team9_v26q3 and Team7_PingCannon

When it was all said and done, 30 algorithms and Problem Solving Reports were submitted, $25k in cash prizes were awarded, and Citadel moved some of the University of Waterloo's most talented software engineers into their hiring pipeline.

All in all, 2019's first Terminal Live was a huge success. If you'd like to learn more about Terminal Live or other Correlation One products and solutions, get in touch.

DS4A: How AI is helping business thrive in unprecedented times