The Data Open Championship, sponsored by Citadel and Citadel Securities in partnership with Correlation One, is the largest and most prestigious university-level data science competition in the world. Over 6,000 students from five countries participated in this year's competition, which included 24 live regional events, culminating in a global championship event held at the New York Stock Exchange. 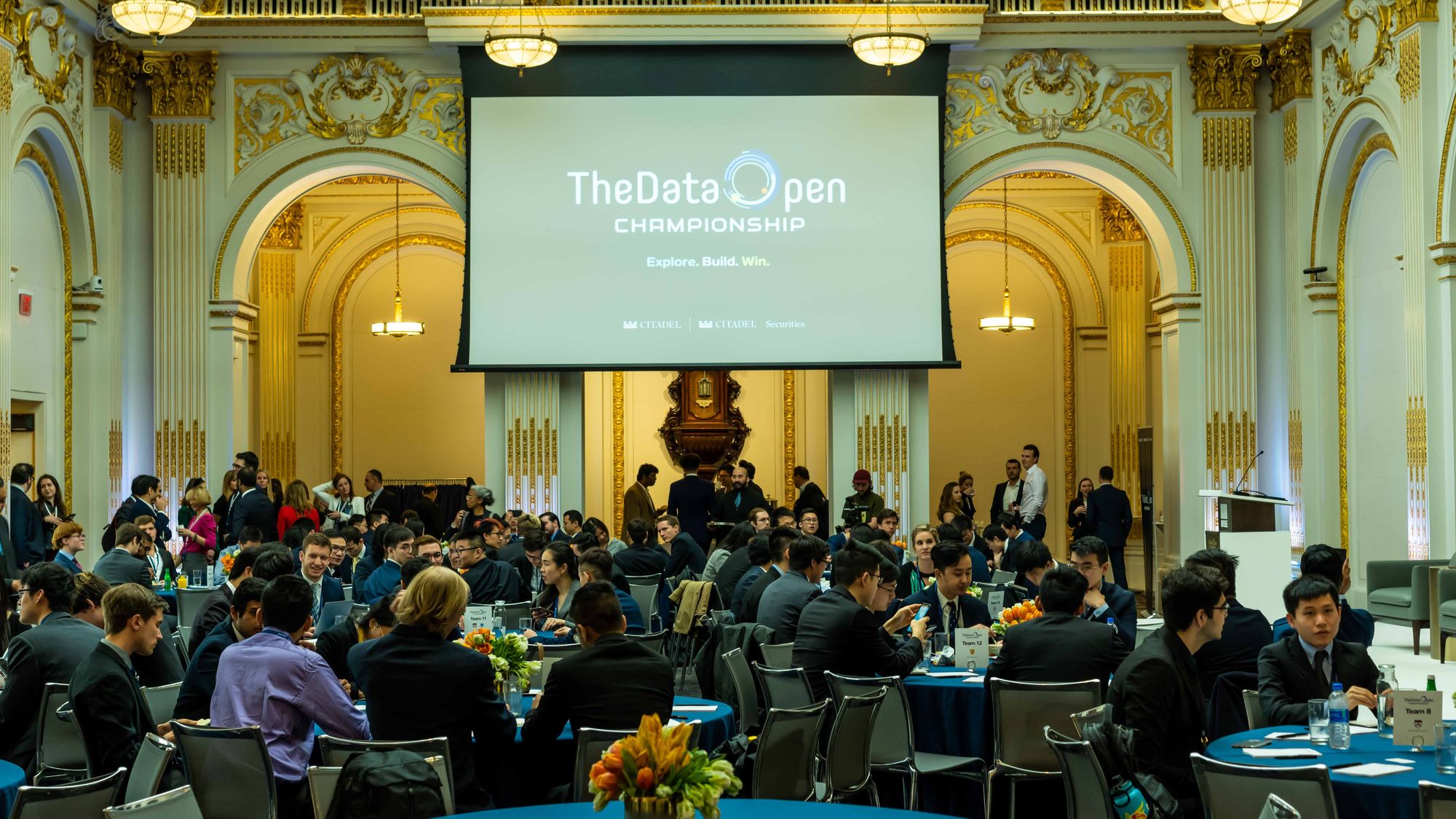 The Data Open Championship took place on Monday, April 15th, and featured the 24 teams that previously won their regional datathon competition. For the championship event, each team analyzed a series of datasets related to global infectious diseases, and then prepared a written report and presentation showcasing their data-driven strategies for preventing epidemics. Each team was evaluated based on their submission's technical rigor, investigative depth, creativity, and real-world impact.

The team from Caltech featured Thomas Hoffmann (BS, 2022), Hongsen Qin (BS, 2021), Emma Qian (BS, 2021), and Alexander Zlokapa (BS, 2021). The Caltech team was awarded $100,000 for their report and presentation, which analyzed optimal spending strategies for the prevention of malaria and sanitation-related mortalities. The team was invited to the championship after winning the West Coast Regional Datathon, which was hosted at UC-Berkeley in February and carried a $20,000 top prize.

After their victory, the team commented, "The Data Open is symbolic of the world's stride towards smarter analytics, and it provided an amazing opportunity to rapidly discover and apply data science techniques. The entire competition was a sprint from start to finish, and we are thrilled to see our work come to such an exhilarating conclusion."

Citadel and Citadel Securities collaborate with Correlation One on "talent magnet" events to attract the world's brightest aspiring data scientists and software engineers.

Learn more about Correlation One and our suite of talent technology solutions here or get in touch.