Data Science for All Fellows Get a Crash Course in Perseverance, Diversifying Skill Sets, and the Power of the Pivot

Across the data science industry, companies and HR departments are looking to recruit diverse data science professionals with the best of intentions, but all too often hit a brick wall when it comes to the talent pipeline itself. Professionals in data science fields are in high demand, particularly those from traditionally underrepresented communities, but at the same time, talent from those communities report being unable to find those opportunities.

This fundamental disconnect was a key theme in our recent  DS4A/Empowerment session, which included three guest speakers whose storied careers have spanned a multitude of high-level finance, data science, and human resources roles. They recently shared their perspectives with more than 1000 Data Science for All Fellows during a wide-ranging virtual session covering opportunities for diverse candidates in data fields, the challenges many face breaking into the industry, and how they can best position themselves for success in their careers.

The first speaker of the session was Johnny Taylor Jr., President and CEO of the Society for Human Resource Management (SHRM), the world’s largest HR professional association, who knows all-too-well the challenges involved in finding and recruiting diverse talent, even with seemingly unlimited resources. More than a decade ago, Taylor was SVP of HR for IAC, and was responsible for creating, building, and launching the first-ever “identity search engine,” Rushmore Drive.

“We were hiring reams of analytics types: data science professionals, technologists, programmers, coders. Here I am, the only African-American executive in the C-suite, and I thought, well, it’s got to be easy. There’s no reason in the world a company like IAC with all of the resources we have that we can’t do better at ensuring we have a more diverse workforce, particularly in our analytics, coding, and programming teams.”

But Taylor said he struggled to find qualified candidates from underrepresented groups, even though he had near-unlimited authority to recruit and hire anyone across the globe.

“Despite the fact that we were showing up at every one of the major civil rights organizations' events to recruit, we were struggling,” he said.

Taylor did make some major headway during that time, including a $40 million deal with Apple to help the company diversify its talent roster, but challenges persisted right up through the present day. In 2020, Taylor was contacted by Correlation One, in what he calls an “a-ha moment.”

“I thought, that’s it, you’re onto something, you’ve developed the best training program in the world focused on traditionally underrepresented students and working professionals. I said, my God, that’s exactly what we’ve been looking for. The answer was programs like this one you’re participating in today. Very few programs are designed like yours to actually help solve the problem,” he said.

As an HR professional, Taylor is on the front lines of the ongoing war for talent, which he notes is evolving based on new technologies. The coming “robot revolution” is set to displace 85 million jobs over the next 5-7 years, but Taylor says that’s only part of the story, and that the very same revolution will ultimately create another 97 million jobs.

“So we’re going to need 12 million more people like you who actually have skills that we need in the workforce. So all of us are throwing significant resources to ensure we have the workforce we need to be competitive. The companies who will win will have access to the best talent.”

Taking Charge of Your Career Path 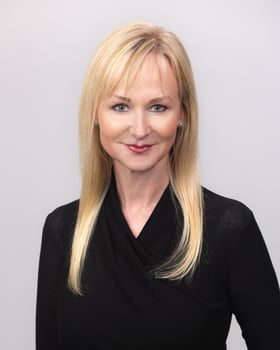 Another seasoned operational leader joining the session was Sara Baxter Orr, head of global solutions and financial advisory for Anaplan, which helps companies redeploy resources and equip teams to successfully navigate their transformation journeys. Baxter Orr said she learned early on that her undergrad degree in economics didn’t necessarily equip her for the competitive job market, and fighting her way through a male-dominated industry was a challenge she had to overcome throughout her career.

“So many people and so many companies are behind on their transformational journeys because there’s this talent gap and a struggle to change. So you guys are hitting the marketplace with these data fluency and data literacy skills at the right time,” she told the Fellows.

She cited the ability to pivot as one of the keys to her success.

“I now run a global CFO advisory practice and global solutions for a software company, words I never thought would come out of my mouth in a million years, and I have to tell you, it’s one of the most fantastic things ever to be able to pivot and take on new chapters as you grow your career,” she said. 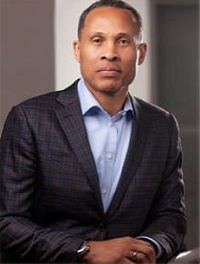 Senior Vice President of Connected Planning at Anaplan Victor Barnes is himself no stranger to career pivots, who came to work at Anaplan after a 26-year career as a Coca-Cola executive where he did everything from commercial finance, to bottling operations, to international finance, which took him as far away as Toronto and Johannesburg, South Africa.

“I never thought the next phase of my career would be with a software company,” he said.

A longtime basketball coach, Barnes knows a thing or two about leadership and skill development. Even though the career pivot that found him doing statutory financial statements in South Africa, by his own admission causing colleagues to question his sanity a little, Barnes knew what he was doing.

“I wanted to gain those skills. And I know that’s what brings each of you to Data Science for All: Picking up new skills, maybe pivoting your career,” he said.

One thing all of the panelists had in common was multiple zigs and zags over their career, which forced them to develop a toolbox full of varying skills to navigate the challenges involved.

Baxter Orr described herself as “an accidental tourist” on her path to a leadership position, and said she always prided herself on her ability to find and solve problems.

“I often did the jobs nobody else wanted to do. Another time I was asked to go do a financial reporting role and that was the last thing I wanted to do. I remember the CFO at the time looked at me and said ‘does it sound like I’m asking you?’ So it’s been important to be really flexible where you know these leaders actually know more than you do, and you have to just trust them,” she said.

“I would encourage people to be open-minded and take things that maybe don’t sound all that sexy.”

Another point Baxter Orr emphasized is the importance of simply showing up.

Growing up in the projects of South Chicago, Barnes was the youngest of seven children and the first in his family to go to college. He was also the first Black person in the 135 year history of the Coca-Cola Company to become CFO of a North America business unit.

“I knew what it was like to have to fight through barriers. Those moments where I’ve had someone tell me I couldn’t do something just made me fight even harder,” he said.

DS4A / Empowerment is currently accepting applications for Cohort 3. If you want to learn more about the DS4A / Empowerment program, or how to get involved in inspiring future data science leaders from underrepresented groups, get in touch today.