2020 changed everything, including the big tech talent landscape. Not only did the coronavirus pandemic force the ultimate unplanned experiment on the viability of a mostly remote workforce, the killing of George Floyd brought a long-overdue national reckoning on racial inequality to the front of everyone’s mind.

As we move past what was a challenging year on many fronts, the wheels set in motion in 2020 will continue to have a major impact on how the working world looks and operates.

Hiring Data Talent in the Wake of Cultural Change

The war for data talent rages on, but companies are redoubling their efforts around making the recruiting process more egalitarian, providing greater opportunities for underserved communities and building more diverse tech teams.

Many of the largest tech companies spend tens or even hundreds of millions in acquiring top data talent. In the midst of this high-stakes race, we are often asked by clients "Which school produces the best data talent? Where should we concentrate recruiting efforts?" Until very recently, the biggest names in technology have predominantly focused their talent search on a small set of elite schools, with many job postings citing “degree from a top university” as a prerequisite. This hyper-selectivity narrows the talent pool in a way that leaves many groups underrepresented, which is reflected in the demographic makeup of top tech employers like Google, Facebook, and Amazon.

Our own data, captured from assessing 50,000+ students from 200+ universities, shows that the most prestigious technical universities do produce high-quality data prospects. Students from Carnegie Mellon and Columbia for instance had a higher-than-normal probability of showing up in our top 10% of global test takers. While students from Harvard (ranked #1 in our undergraduate rankings), Princeton (#2), and University of Chicago (#3), on average, outscored students from other schools.

However, we also found high quality talent to be very widely distributed.

Beyond the brand-name schools, there are great places for undervalued talent. More importantly, these less obvious schools can provide a long tail of elite data talent that in many cases goes untapped and undiscovered.

The question hiring managers should be asking isn't "Which school is the best for data talent?," but rather "Where can I find great data students that other companies don't know about yet?"

The "Techlash" and Trust

The biggest tech firms are facing another emerging recruitment hurdle—one the New York Times calls a “techlash”—taking root on the campuses of top universities.

“The fact of the matter is Google, Facebook, Twitter are not in line with those values because they’re huge companies beholden to a lot of different masters,” former director of engineering at Google and Slack Leslie Miley told the Times. 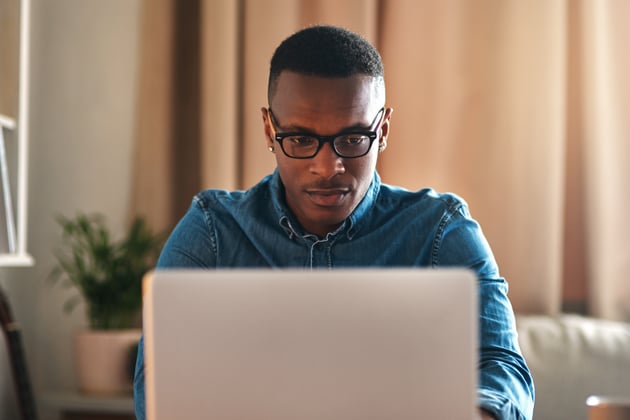 The “techlash” at universities such Stanford and other traditional big-tech feeder colleges is putting increasing pressure on technology firms to bring their operating values more in line with the job candidates.

Another hallmark of 2020 expected to affect tech recruitment in coming years? The pandemic forcing a rapid move to remote work. This development appears to have reversed the decade-long trend of Millennials flocking to major cities to find jobs, and the skyrocketing rents that usually follow their arrival. The Bay Area has become one of the most expensive regions of the country to live in, but Harvard Business Review (HBR) writes that two-thirds of tech employees say they would leave the Bay Area if they could.

The pivot to remote work presents an opportunity for tech recruiters to look beyond their usual talent hunting grounds. In a recent article about U.S. tech firms’ increasing focus on diversity, HBR cites the “extreme geographic concentration” of the biggest tech companies as a major hurdle to recruiting and hiring more diverse talent.

Because these companies are concentrated predominantly on the U.S. West Coast, it's harder for them to connect with and recruit talent from other regions of the country. HBR notes these geographical constraints particularly impact communities of color, who are often more reluctant to move away from their family and social circles.

To address this challenge, tech firms must branch out beyond the major tech hubs and find pockets of diverse tech talent in other regions. HBR identifies six states that scored highest in its Tech Talent Diversity rankings, including:

These six states are notable for a combination of modest cost of living and a high proportion of BIPOC and women STEM graduates.

The shift to a highly mobile workforce is a big adjustment for many firms, but it’s also an opportunity to remove yet another obstacle to recruiters finding and retaining more diverse tech talent, broadening their reach beyond people who already live in or are willing to relocate to one of America’s major tech hub cities.

Today, even the most well-resourced companies struggle to build diverse tech and data science teams. The good news? An organization doesn’t need a multi-million dollar campus recruiting budget to build a world-class data organization. Nor do they have to be located in Silicon Valley. And, if they play their cards right, they can tap top data talent from underrepresented groups, too.

Yes, it's been a rough 12 months. But there may be unprecedented opportunities in easy reach now, too, for forward-thinking companies and hiring managers.

Curious to learn more about how to attract and recruit top data scientists in this new talent landscape? Download our publication, The Data Talent Playbook.

Are Recruiters Too Focused on Top-Tier Schools?